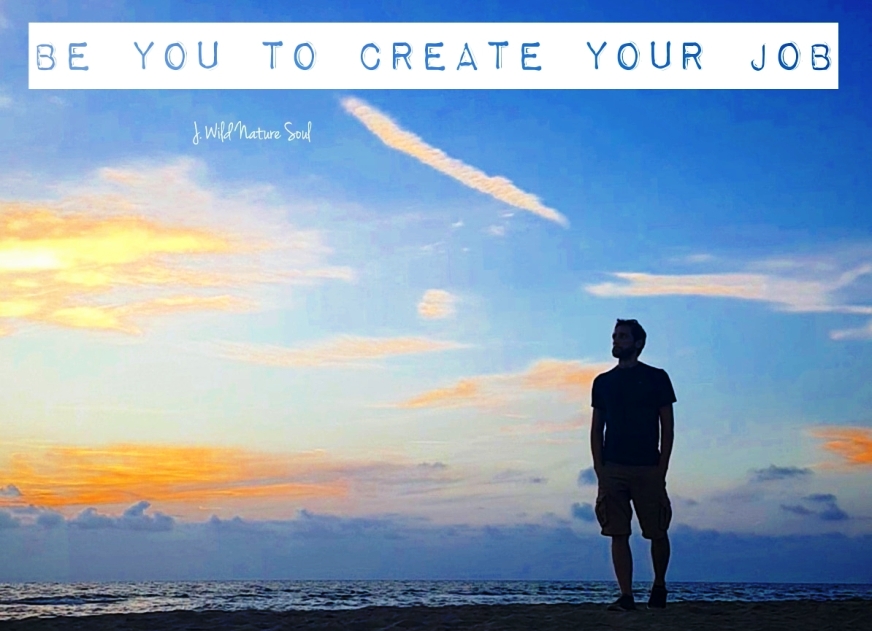 Some time ago, an old friend of my family, meeting me, asked me how I was. I replied that I was well even though at that moment I felt a bit tired because of the various activities I did and the services I had just completed. Then she made an observation and told me:

“let alone if you worked …”

In hearing this sentence, I was puzzled and then the reasoning led me to make a consideration. The question I asked myself immediately after her observation was this:

“Why does she think I do not work?”

I told myself she probably thinks that going to work means following a certain daily routine.

In other words, a standard procedure transmitted to us particularly by the mass media as a healthy and “normal” lifestyle:

THEN I ASKED MYSELF: “WHAT DOES WORK MEAN?”

In my opinion, saying “work” does not mean spending most of the day on something you do not believe in, or something that you think does not make sense or that does not bring anything beautiful in your life and those of others … just to have a economic income.

Work should be something that helps you realize yourself and at the same time makes you independent enough to be and feel free everywhere.

The concept of work as an activity that allows us to gain, and at the same time we disregard what that kind of work brings as consequences, I think it should be reviewed and modified in its basement.

I’ll give you some examples.

Personally, I would not be able either now or never to spend a single minute in a butcher’s shop, or worse in intensive farms, that are real factories where life itself is destroyed and commodified, where many animal species suffering survive in tiny spaces, without light and without the possibility of even performing their most elementary movements.

IS IT NOT IMPORTANT FOR YOU TO UNDERSTAND WHETHER THE WORK YOU MAKE BENEFITS TO SOMEONE OR WORSE IF IT DAMAGE ANOTHER?

If your answer is “Yes, it is not important to me”, let me tell you that it is neither beautiful nor correct to think “it does not matter what job I do, just work and give me a salary!”.

Also do you know why working in this way makes no sense? My answer lies in the following quote from an ancient Chinese philosopher and writer, Lao Tsu:

Pay attention to your words,
because your words
become your actions.

Pay attention to your habits,
because your habits
they become your character.

The last two paragraphs in bold are those that I want to emphasize in this article more than others, as they respond perfectly to the question I asked you earlier.

If you initially make a work choice based only on the need to earn, but do not pay due attention to the type of work you have chosen, do not be surprised if even after the first year of work you feel confused, tired and even think you hate the much desired work that finally allowed you to become an independent person. Yeah … independent yes … but at what cost?

Warning! Here I am not talking about the physical and mental sacrifice that inevitably every job choice brings. I’m not just referring to the amount of hours you use to carry on your work and how long these hours take your energy away from you.

Every kind of work brings tiredness both mentally and physically.

This is why it is called “work“, from the Latin “labor” which means “fatigue“.

I am referring to the fact that if the work you have chosen is not compatible with your ideologies, your character, your beliefs, then it does not matter if you spend 1 hour a day or 12 hours a day …

Do not think that the work you have chosen is the only chance you have to make money today!

If that were the case, people like Steve Jobs and Walt Disney would have been simple secondary characters on the theatrical stage of life on this Earth … and not protagonists, symbols of the courage and strength of character that has distinguished them in history! 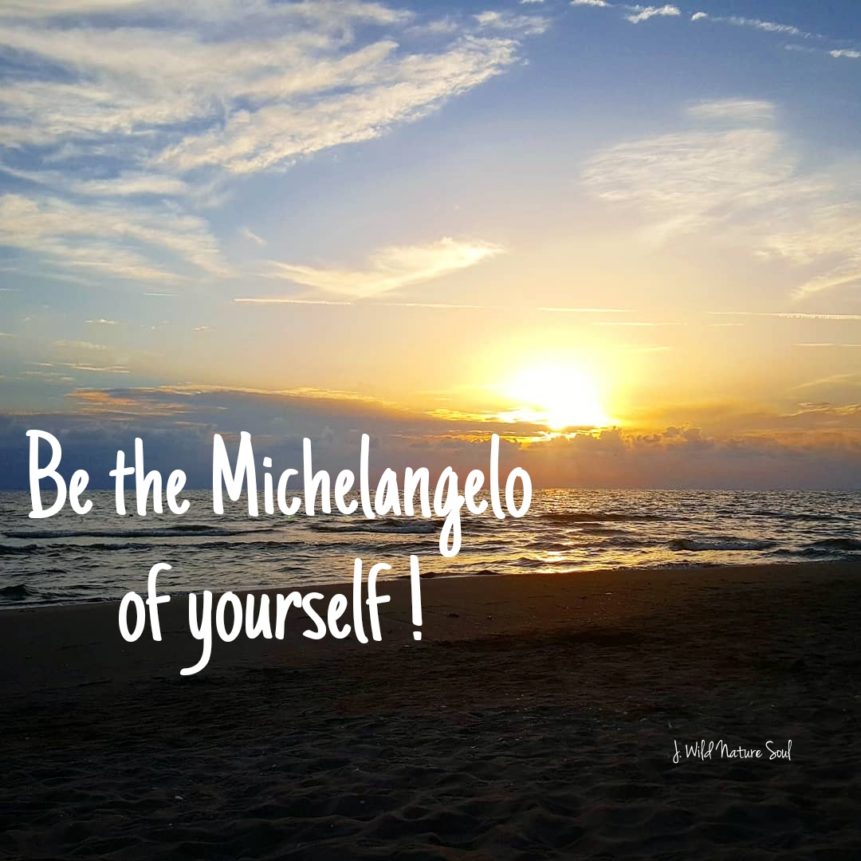 Do not be dragged by what society wants you to be, have the courage to make the choices you really want … create your art, promote your ideas, be present and take an active role in improving the quality of life of all the living beings of this extraordinary planet.

Many great men and women have done it before you and if they did not have the courage to manifest their special being, their unique being, today they would not be remembered as “the great of history”.

Let’s be clear, the goal is not to become famous and recognized by everyone, but to realize themselves.

IF YOU CHOOSE THAT WORK, BEFORE OR THEN YOU WILL BECOME VERY SIMILAR TO IT

The human being, although born with a particular temperament, can be influenced and molded by the environment in which he lives, by the people with whom he relates directly or indirectly.

So if you choose to do a job that you do not like, and choose to do it for a long time … sooner or later you will look like the characteristics that work has.

At this point I’ll ask you another question …

HAVE YOU EVER SEEN OR KNOW A PERSON WHO IS USED TO TRAVELING ?

In my life, I have known many of them … and I have the feeling that these people have exceptional character skills: they are sunny, empathetic and friendly … they are free spirits.

In fact, think about it, always doing different things, always patrolling new places and knowing new people, new lifestyles, new customs, these people have not only “broadened their mind”, but – more importantly – have granted to them to always live with new and exciting emotions that make the soul and the body invigorated and rejuvenated, respectively.

So, if we really have to work, and not all among philosophers, physicists, psychologists, life coaches, think it’s necessary to do it for more than a few hours a day and for more than two or three days a week – in this regard I suggest you to learn more about…

Living without money. The amazing experience of a woman who for eleven years has completely eliminated money from her life 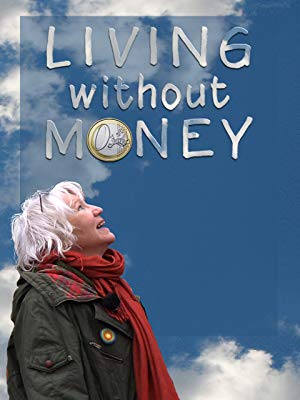 – it would be advisable and advisable for everyone to choose the job they want to do or even create it for themselves based on their attitudes.

Even if the work, which once you have chosen with awareness, were to become boring, or “a waste of time”, or no longer corresponding to your needs and needs, then perhaps has come the time to change work.

After all, what’s wrong? If you consider that the man, from the biological point of view, changes totally in 7 years – and therefore biologically changing, our emotions also change – why should it be absurd to change jobs after this period of time?

LEAVE THE OTHERS TO THINK THAT IT IS IMPOSSIBLE

That this is not normal, that it is absurd or that it is unthinkable or even impossible … let others think about it. You and only you have the task to look after yourself. So take the reins of your life and give your true self to the world.

The world only waits for this!

Authors of very interesting recent books argue that man has no reason to live his life in negativity. Far from it, he should live his life in joy, in solidarity and in love, in all its forms and expressions.

Clearly anyone sooner or later will have to face difficult or very difficult moments. Suffering is also part of this existence and for this reason we must accept them.

But with a different, more carefree vision of life – more sunny if you want – you can face pain and suffering in a better way.

It is understandable as well as normal to suffer for the loss of a loved one, it is normal to feel bad for this, but at the same time it is not wise to be carried away by feelings of anger, frustration, rancor and hatred until life itself decides to leave your body.

So when a tragic event happens take the time to suffer, to feel that pain, to live it and metabolize it in the deep, but at a certain point get up and get back on the road … 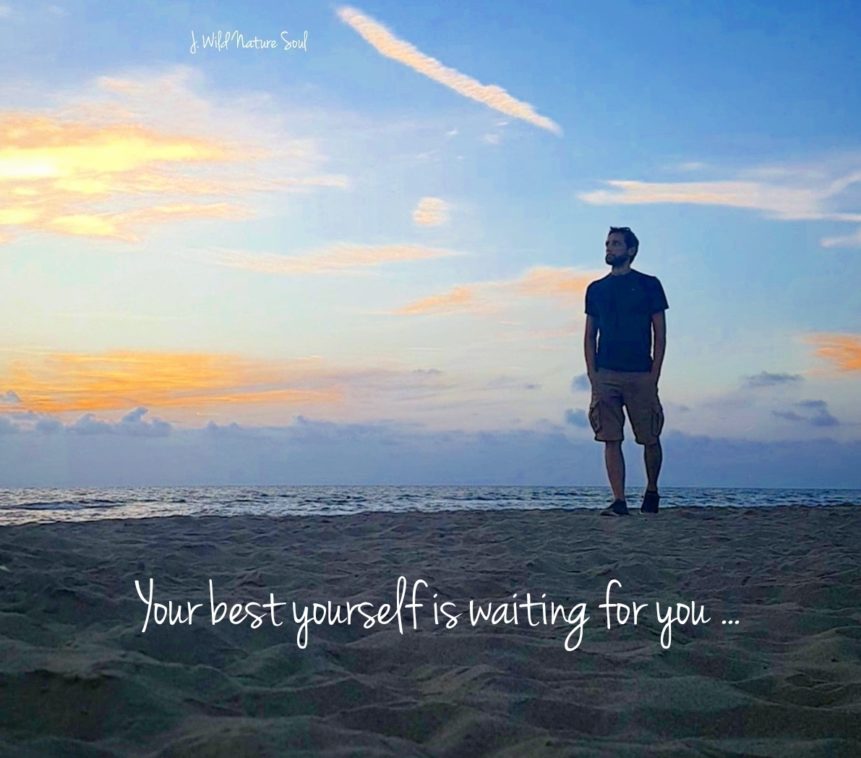 LIVE BY RECOGNIZING THAT WE ARE MADE TO LOVE

Find the job you’ve always dreamt of doing, explore the various areas of interest to you. Try, try again and let go if what you have found is not for you. Give 100% of yourself so that you can accomplish what you believe and in the meantime ask yourself if it makes you happy, ask yourself who you are and where the path you have taken will lead you.

There is no sacrifice that is not worth doing to achieve your goals … remember it!

A life with such enthusiasm is really worth living … BELIEVE IN ME !!! 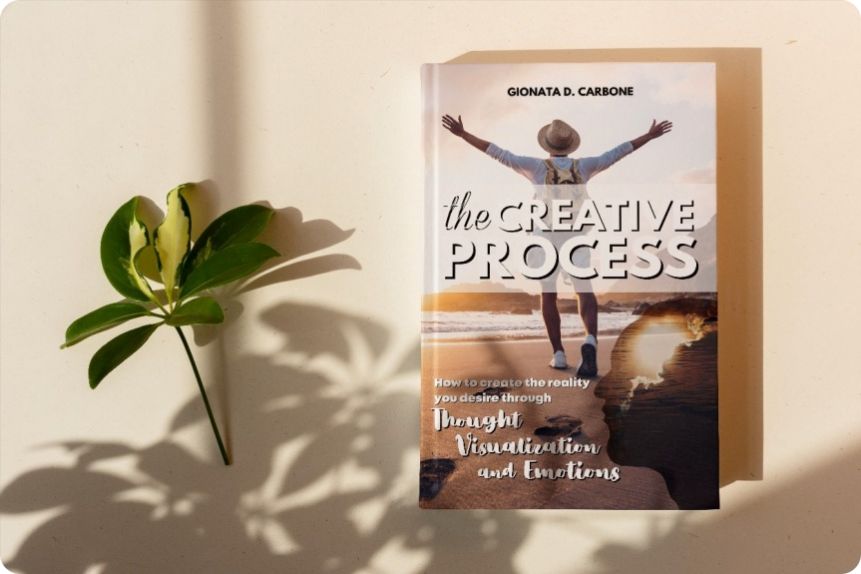 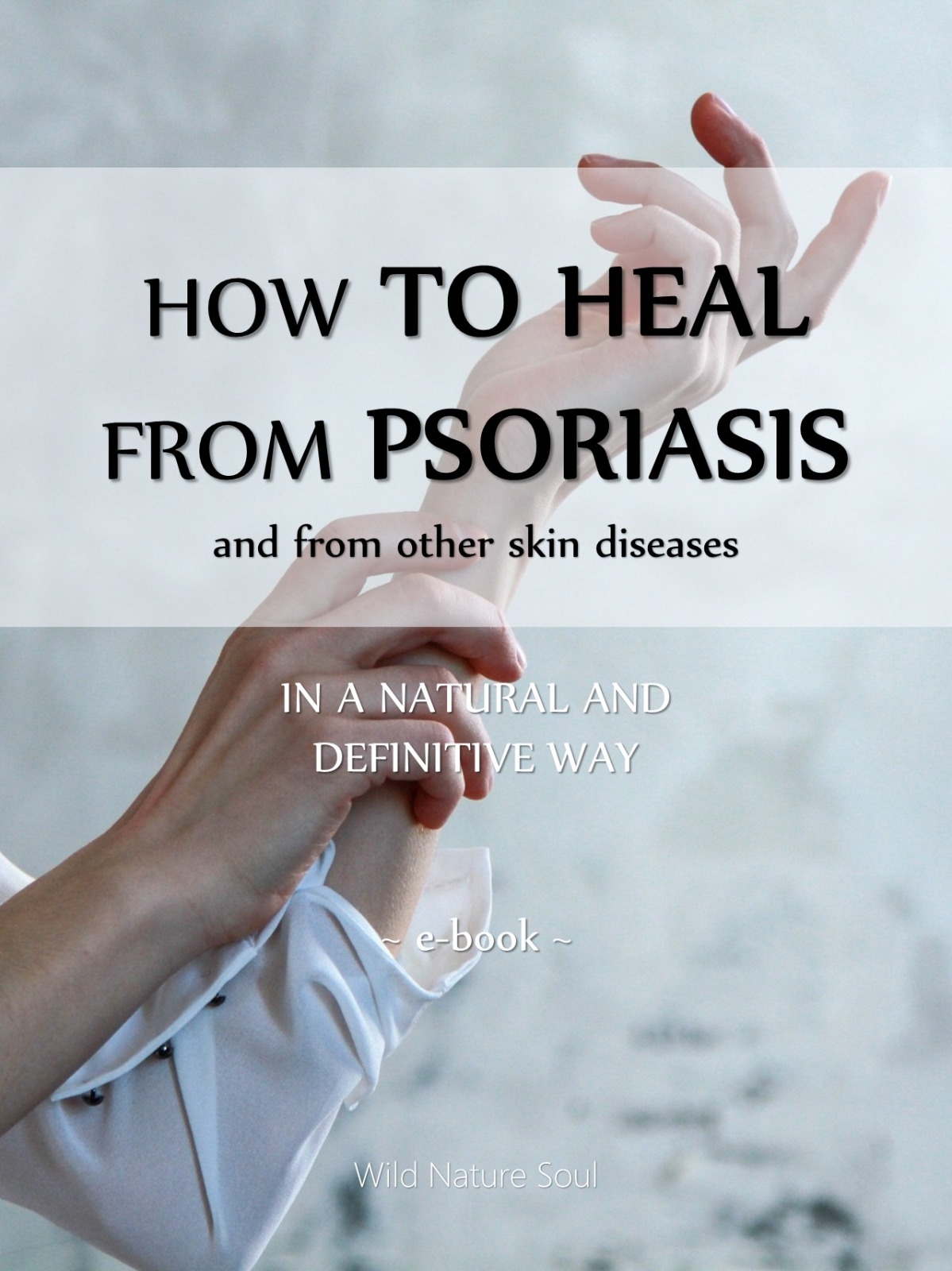 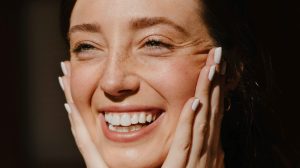 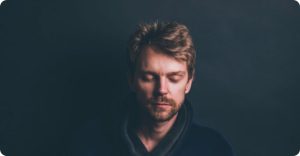 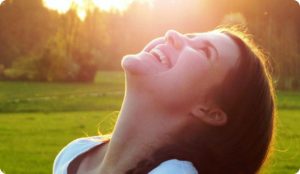 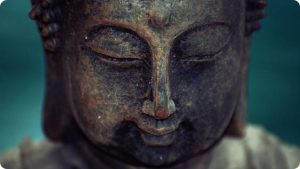 PrevPreviousVegan chocolate salame
NextGarlic: a faithful ally for our healthNext 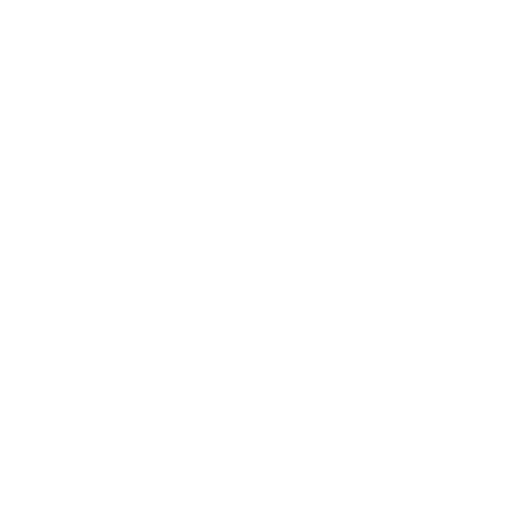