One day, during the Christmas season, like how it usually happens in this kind of period, I invited some couple of friends home to chill out and to spend some quality time together.

At a certain period of time, all my friends were so excited to have spent a wonderful and peaceful evening, that they decided to call it a quit and they left. I remained with some few friends, beside my cosy chimney in the parlour.

I continued my evening with the same positive vibes, when i started to share my thoughts regarding some topics that are so dear to me.

Suddenly, when the arguments started, i told one of them:

If you focus on the problem, you won’t be able to find the solution. Click To Tweet 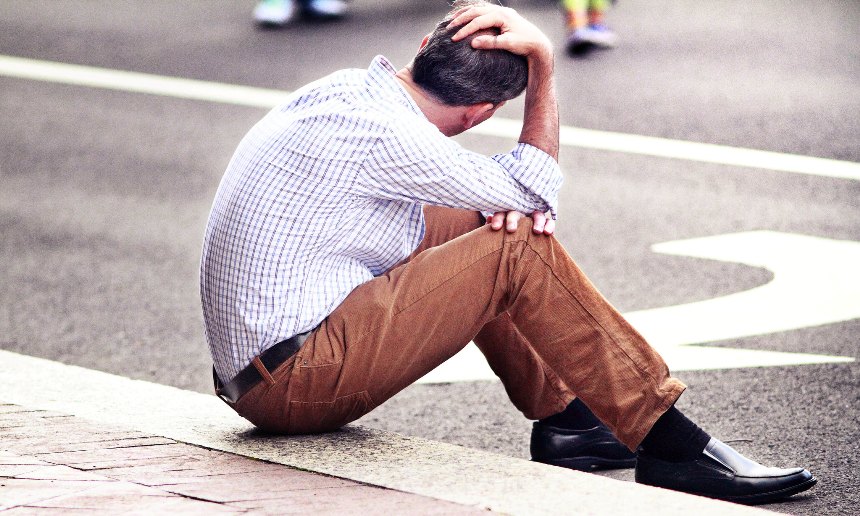 We were talking about environmental problems that are everyday topic for our beloved planet, and about the steps that governments around the world should take in order to solve the general problem of pollution.

First of all, without paying attention to what I just told him, he changed the topic to another level, that was on the analysis of the problem, the reason why i told him that statement.

To cut it short he usually used to analyse all the things that happened in his life and he had to do the same even to find the cause that brought recent environmental problems.

Later on, it would bring out a solution.

WHAT DOES FOCUSING ON A PROBLEM MEANS

Obviously, I didn’t totally disagree with his opinion, but I was hearing a voice inside me that was trying to tell me something.

Have you ever had that kind of feeling that tries to make you understand that you want to say something more? Well, I had that feeling.

So I replied to him by saying that, focusing to much on the problem would surely shift the attention upon yourself, by denying the solution at the same time.

I tried to explain that, in my opinion, instead of asking questions on how the problem started, it is better to avoid them and to act in a concrete and more efficient way on the solution, that unfortunately remains blind for the reasons that I just mentioned.

It was totally easy for me to talk to him about the so called Law of Attraction, according to which energy follow our thought.

But my friend, being an engineer he was used to face the issue in a different way.

Sincerely speaking, he doesn’t seem happy. I have always seen him as a talented person with a good behaviour, but after-all he doesn’t enjoy life. On my opinion, by acting this way, he will always lose himself on the topic of analysing problems.

This way can help you in some work sectors or rather make you a victim of negative vibes. And the more time flies, the more habits will always make you see the cup half-empty or half-full.

Why? Well, because you focus on the facts that brought out the problem.

HAVE YOU EVER SEEN THE FILM CALLED “PATCH ADAMS”?

I heard the statement written on the title of this article for the first time in a movie of Tom Shadyac, called Patch Adams.

If you have seen it too, you will remember the acting done by Harold Gould, as a man with a very brilliant instinct, by referring to Robin Williams (interpreter of the main character Patch Adams) with this following words:

” If you focus on the problem, you won’t see the solution.

Never focus on the problem.

Look ahead, choose to see through appearances:

this way you will see what others don’t see,

What others choose to not see…

You will see the entire world with another eyes, everyday! “

Don’t you think these words have something that are deeply true?

Let’s see, by analysing the first phrase, don’t you think that there is a real and living link between what’s happening in your life and the way you take it in?

Don’t you think that is the way that you see things that makes the situation around you to come alive?

Someone can disagree with me, by saying that to resolve some certain problems can be done only by understanding the cause. True… precisely very correct!

Perhaps, let’s assume that you are loosing your job (this will never happen…stay calm! It’s just an example). If it was like that, and you are risking to not have an income and then you become unemployed: how will you react to this situation?

I bet that by concentrating on the problem, you will only be perpetuating it, by making it more realistic. There will be a high probability, that sooner or later it will come to pass.

Probably it is true that you have to pay your bills (family, rent, etc) and this could be an obstacle in order to face the problem.

But you have to give it a try.

Instead of focusing on the problem, by making it a bigger one,

try to concentrate on the solution!

Try to concentrate on what you can do on a realistic side, not even today but now. This is not to solve the dismissal, but this is to find a way to not find yourself in a situation where you aren’t economically buoyant.

DO YOU UNDERSTAND THE DIFFERENCE?

Firing represents the problem, and by focusing on it you are just making it a bigger one. If you like it or not, by acting this way you will continue to make it worse.

By focusing on the way to maintain your income or to have another one (from a new company) or by becoming self employed, that will make you have an income means that you’re focusing on the solution.

You are on the right path and all you have to do is to act this way and be hardworking.

Usually, people don’t realise that changes are meant to bring goodness. Even though they can be life changing or not, but they always used to bring good things.

Perhaps, unknowingly we are the one that attract it into our lives, just because we need changes and good things.

But when this occurs, we aren’t contented. This happens because this changes are so devastating, because they change our life styles, and that is why we rebuke them.

When we see changes, we are scared by the fact that we have to abandon the old one for the new one, that means to abandon something that we don’t know and we don’t know what impact it can have on us.

Well, what to do?

Who can say that… the truth (I’ve been sustaining it for years) it’s inside each and every one of us, even inside you that you are reading this now.

The truth? But what truth?

That is what that brings necessary changes in your life till you are able to improve yourself, to change for good, to make you more conscious, to transform you… and to make it happen.

But you have to believe in it: you have have trust and faith that, if you are still alive and you living in some kind of difficulties, it is make you learn how to live.