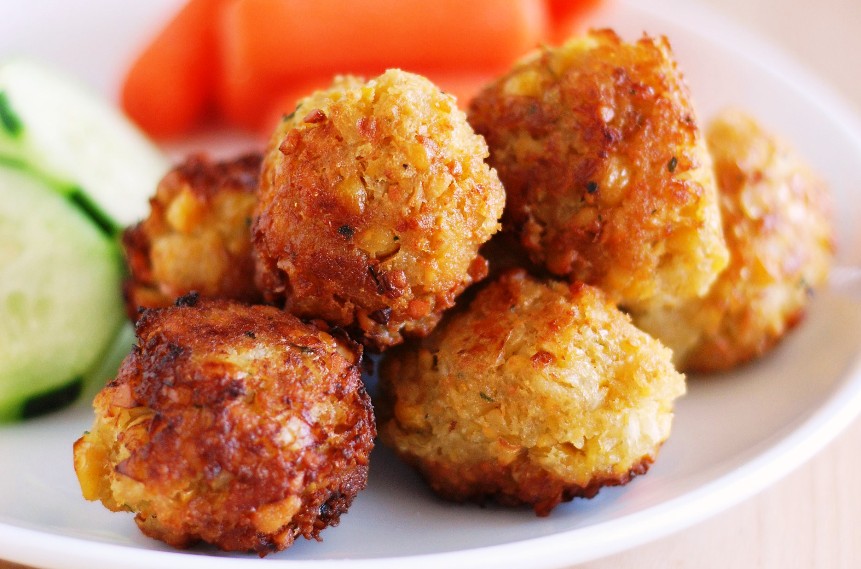 From the Middle East (Israel, Palestine, Iran, Lebanon, Egypt, Libya, etc.) to the United States, Indonesia and Europe (especially in Germany)  falafels  were literally embedded in the local culinary habits from aspiring chef or cooks in the family.

However, if you ask someone where falafel comes from, it is very likely that you will never receive the same answer. Many will answer …

“Obviously they come from Israel, what a question!“

“From Yemen or Palestine or not, wait … yes from Turkey!“

The disputes in the individual countries are more than ever on. The Israelis have judged it as one of the dishes that is part of the national culinary heritage. Meanwhile Palestinian state that is a dish of Arab origin and for that reason they often feel resentful in listening to Israeli witnesses.

And still, we come across new arguments, according to which more and more rumors affirms that falafel is of Lebanese descent. Some Yemeni even say, “but what are you saying … falafel is our stuff!”.

So the question seems more open than ever. In particular, with regard to Israel and Palestine, the confrontation has shifted from a culinary level to a political rivalry linked to facts of legitimacy and national identity.

However, despite all the above statements and contraindications, although there is no absolute certainty, but reliable sources thinks that falafel has taken origin in Egypt.

It can be argued, that falafel is relatively modern. As shown by Paul Balta and Farouk Mardam Bey, respectively, French journalist and writer the first and editor as well as the first historian of the Franco-Syrian nature the second, falafel appears in Egyptian literature only after Britain occupied Egypt in 1882.

Supposedly, the officers of the British navy may have asked the Egyptians chefs to reproduce them with local ingredients. That’s becouse they had grown to love to vegetable patties known in India.

In fact, at that time there were many dishes cooked in India that resembled the current falafel. Among these there are the so-called vada e bonda. These are potato patties first breaded with chickpea flour and then fried.

Wanting to give credit to these historical information, falafel would have been born in Alexandria, Egypt. This city then as now was the main port of Egypt and therefore was an important hub for trade routes of the British Empire.

Initially, falafel was prepared with fava beans, which represented the main ingredient. From the same fava beans, in fact, (fūl) in the local language, derives the name falafel.

After conquering the Egyptians palates, falafel began to travel and be known in many other countries. It’s difficult to define a trajectory or path of the route followed over the years, but we are allowed to do some simple considerations.

Immediately after the World War II, falafel has passed through Lebanon, especially in its capital Beirut. Then it passed down the Red Sea by landing in Yemen. Simultaneously expatriated by reaching Turkey and Libya. During its journey, it had some major changes. For example, in some cities, the fava beans were replaced by beans, and in others by chickpeas.

One of the reasons why falafel has found much success in the world, lies in the fact that the ingredients are easy to find and economic for everyone.

Another value of which falafel can boast is that it is sometimes served hot or cold. A quality that can be considered successful, especially if you are in doubt of what to cook for lunch or dinner.

An observation that I particularly liked about falafel is as follows:

Originally falafel has divided the entire Middle East. Simultaneously, in other countries the role of this infamous croquette had a quite contrary hit. All cultures that have experienced it, have appreciated it and with time have also loved it. So we can say that, more than a food that has divided, it was a food that has joined together everyone. This shows that even a simple but yummy vegan croquette, can bring people together. Indeed can overcome differences even in the most patriotic and skeptics realities!

I REMEMBER WHEN I COOKED THEM FOR THE FIRST TIME …

If my memory don’t deceive me, the first time I cooked falafel was in 2012. In that period I became a vegetarian and so I became more and more interested into recipes. When I tasted them for the first time at one of the Middle East fair, it was like first love. I was so impressed by the taste of those balls that I decided right away to get to work. So I tried to prepare them at home for my family.

Want to know what happened?

On the first attempt, I made the best falafel I’ve ever cooked …

And now, I’ll be happy to pass you my recipe! 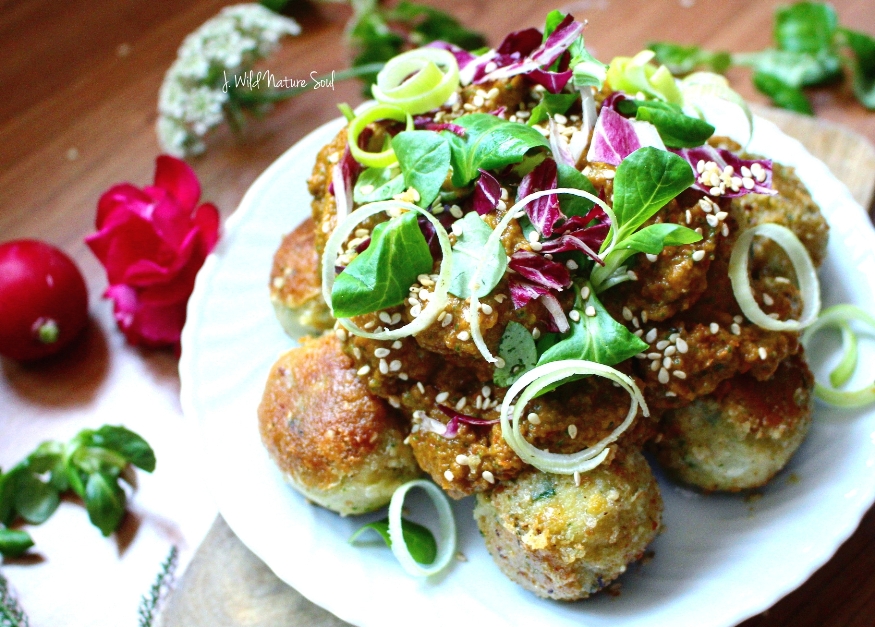 KITCHEN TOOLS ~ For this recipe, you need:

Dried or canned chickpea. First, if you decide to use the dried chickpeas, you must put them to soak for at least 24-36 hours. Then drain them of their soaking water and dry them with towels.

Otherwise, if you decide to use precooked canned chickpeas, rinse them from their water conservation. Then “pinch them”, by removing their external skins.

Sauté. Slightly sauté in a pan a mix of water and oil (50% and 50%) with chopped garlic and onions strips. Chop the parsley and pour into the same pan. Make everything sauté for a few minutes and then turn off the fire below.

Meanwhile in your blending machine, grind the chickpeas, by adding a little water and oil. (The chickpeas will assume the consistency of a cream)

When they have achieved this consistency, add the mixture obtained in the pan. Stir for a few minutes to season them all.

If the mixture is too thick, add some water with little oil. Otherwise, if it is too liquid, add the chickpea flour.

Croquettes. Create balls of about 30 g and let them roll in a dish with the bread crumbs.

At this point, once you are ready, you have to choose if you want to fry them, or cook in oven. I prefer cook them in oven at 180 degrees for about 25 min. Or even (as I did in other occasions) cook in a frying pan with a table spoon of olive oil. In this case, turn them on both side until they are brown on each “side”.

Tip: If you want more spice to accent the flavor, you can add to the mix 3 tablespoons of tahini sauce!

Et voilà, the falafel are ready to be served!

Make sure, if you have the opportunity to try the recipe, leave your feedback in the comments below!

OTHER RECIPES TO TRY

If you want to discover new organic and healthy recipes, you should take a look at the following: